There had been 64 teams in the region and none of them had been better than Minnetonka High School Sailing squad. This is something that Jess Haverstock, the director of Lake Minnetonka Sailing School is proud about. She says that they have had a great season this time in the high school sailing program. She states that she is proud of the team. The team contains 40-45 sailors who work really hard. They had been able to defeat the other teams in the Midwest. They have been pretty excited about it. 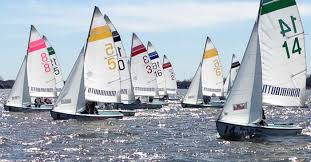 The sailing team is actually a varsity sport which is provided through Minnetonka High School. This isn’t regulated by the Minnesota High School League. However, the athletes will have to adhere to the expectations and rules of MSHSL. Along with Minnetonka, Minneapolis Washburn and Southwest, Orono, Mahtomedi, Breck School, Wayzata, Benilde-St. Margaret, and also Mounds Park Academy is going to compete in the Midwest Interscholastic Sailing Association.

This falls, Minnetonka has been a part of 13 events and have earned 2.323 points. As a matter of fact, they are one of the three teams to have more than 2 scores. When they competed in the local regattas and many times in the regional regattas in Wisconsin, Minnesota, Ohio, Illinois, and Michigan, they had qualified for big events. They have managed to win the MISSA Great Lakes Championship.

They have also taken the 7th position in the Atlantic Coast Championship of 2018 at United States Naval Academy in Annapolis by competing against the top teams across the country. Haverstock said that it took them a lot of practice in water. She says that they have an incredible group which has been dedicated to sailing since they were young. They got hold of a couple of teammates and simply did their thing.